Creating a maze or labyrinth routine is harder than you would think. At least when you go rogue from "homogenic" maze routine to more free style. The way I'm doing it is first create rooms that are special locations you need to find within the maze, then the maze system itself which is kind of corridors connecting those rooms. The problem is that maze can stop creating itself when it runs into a dead end created by itself. Currently I'm trying to solve this by creating several maze pieces that continue from current maze tiles, making sure everything is connected. However sometimes the maze simply doesn't reach all rooms, but it's possible to fix that by checking out if a room has a connection and then creating a "tunnel", which looks like someone had tunneled through the room walls and everything. It's the simplest solution, although you could create more sophisticated corridor routine as well. In this screenshot green corridors connect rogue rooms to the rest of the maze: 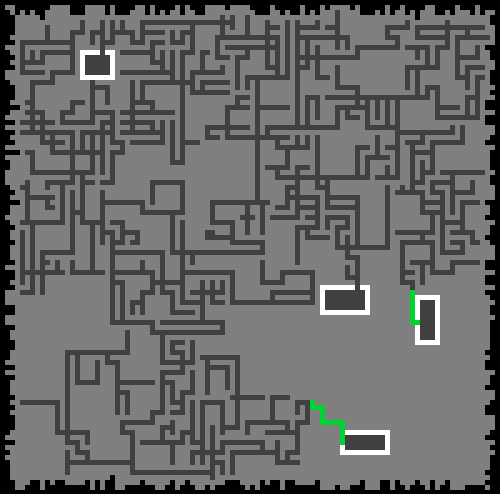 So it seems like everything is ok and there is often even room for additional features. But of course there is a special condition where maze creation fails, which I guess could be easy to fix. It happens when the maze begins from a room close to wall and stops short, then fails to find another starting point from the piece of short maze. Not yet certain why this happens, but even it does the level "kind of" works with tunnels connecting everything else, like in this example: 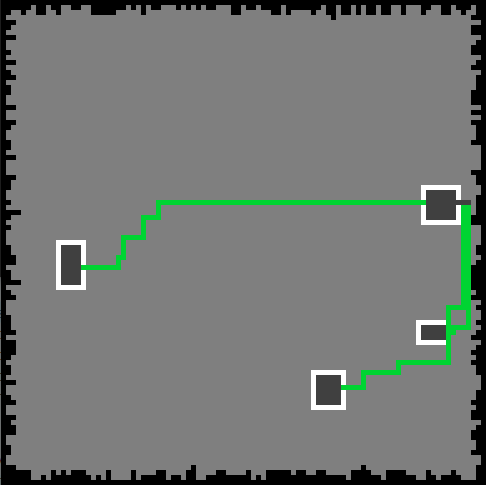 It could be possible to add Cornucopia system on top of this and still get a level, but it would not be a maze. I need to fix this last bug and then move on. My recent development strategy is simply go through each issue and keep fixing it until it's decent. That way I'm no longer pushing difficult problems to distant future.